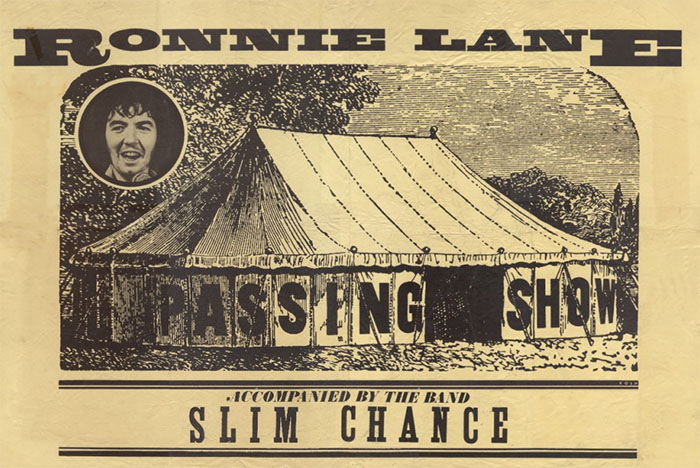 Live Stream of The Passing Show by Rupert Williams

Sit back and relax and watch the live stream of this brilliant musical documentary directed by Rupert Williams tells the story of Ronnie Lane from his heyday with first the Small Faces and then the Faces through the sixties and seventies and then his experiments with a rural life and the touring musical circus that he dubbed The Passing Show. Finally it charts his latter days once he developed Multiple Sclerosis. Featuring numerous musical clips and interviews with family, friends and colleagues including Eric Clapton, Pete Townshend, Ian McLagan, Kenney Jones, Glyn Johns, Henry McCullough, Joe Ely and many more.